Make a difference in the life of adults like Matt today!

Your investment in adults with special abilities allows them to grow in their independence in a safe and enriching community. 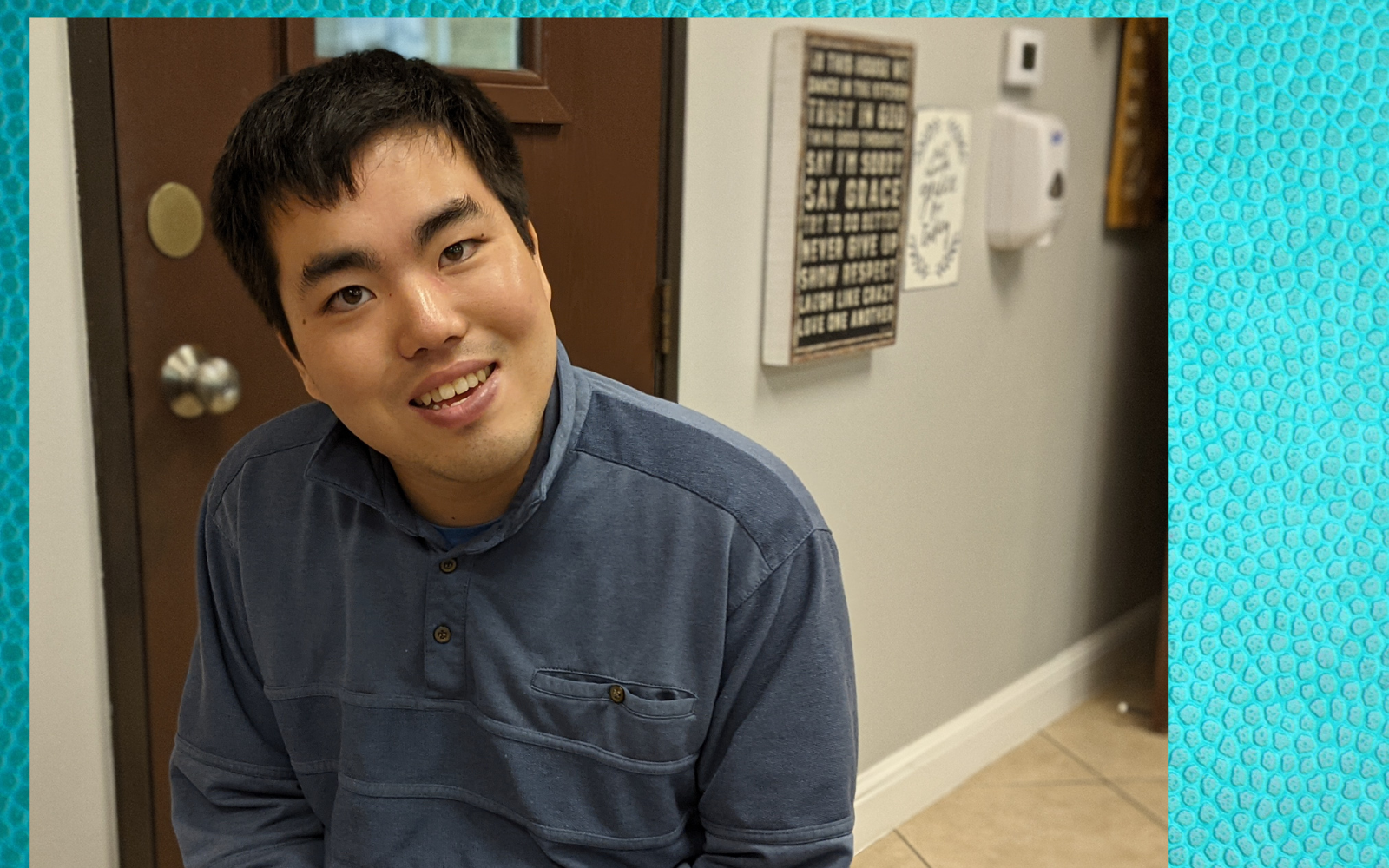 Your investment in adults with special abilities allows them to grow in their independence in a safe and enriching community.

GRACE is meeting a big need in Bakersfield and touching hearts along the way.

As an 8-month-old Matthew (Matt-Matt) was adopted by the loving Diosi family. When Matt was three, he was diagnosed with autism and some intellectual disabilities. He received special needs services throughout grade school and high school. As a child, Matt attended Sunday school classes and continues to enjoy God’s Special People Sunday group for adults at his local church.

When Matt turned 21 years old, he began living on his own with assistance from Supported Living Services, along with his parents David and My Le.

Matt attended another day program for many years, but in 2020 started attending Independence Through GRACE.

“He has slowly eased into the program through Zoom,” stated his mother My Le. Today, Matt attends in person at the GRACE space. He particularly looks forward to the Pound Fit exercises, art, crafts, music, and ballroom dance.

Ursula Jaso, GRACE Mentor, was pleased to see Matt join GRACE in person and has noticed positive changes in him. “Since Matt has been coming to GRACE he’s beginning to open up and reveal to us more of his personality. When he first started, he would say ‘No, all done.’ Now, he asks if he has done a good job, and when he is told ‘Yes, Matt good job!’ his eyes light up with such joy. He is thoroughly engaged in the activities in which he participates and we love to tell him ‘Good job, Matt!’”

Matt looks forward to attending Independence Through GRACE activities because of the variation in activities and he enjoys the social aspect of being around familiar faces.

“We have noticed that Matt’s anxiety level and occasional outbursts have declined since he began attending Independence Through GRACE,” his parents confirmed. “This program is an answer to prayer for Matt-Matt”.

Matt’s parents believe others will benefit from the loving services provided by Independence Through GRACE.

Will you join us today in our efforts to enrich the lives of adults with special abilities as they pursue independence?